The crisis of the transformation of the global paper industry

The global paper industry is undergoing transformation. The paper and paperboard industry's consumption concentration area shifts from north to south and from west to east. The main products are transferred from newsprint and printed writing paper to corrugated paper and household paper. In the global paper product output and demand structure, global paper and paperboard production in 2015 was about 406.5 million tons, and mature markets such as Western Europe, North America and Japan accounted for about 45% of the total, and emerging markets accounted for 55%; newsprint, printing and writing paper production accounts for 35% of the total, and packaging paper and household paper account for 65%.

In the era of electronic information, the trend of paperless has caused a huge impact on the newsprint and printing and writing paper markets, resulting in the closure of a large number of papermaking enterprises. At the same time, the e-commerce demand for packaging has increased significantly, driving the rapid growth of the packaging paper and tissue paper market, becoming the only two areas of the paper industry that are on the rise. 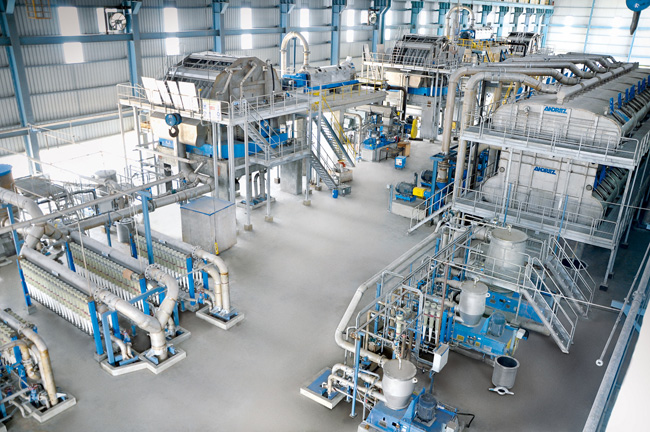 The development prospects of tissue paper can be expected as early as many years ago, global sales of tissue paper exceeded sales of newsprint and printed writing paper. In the past five years, global tissue production has increased by about 1 million tons per year, and the total has exceeded 30 million tons. With the development of the economy and the growth of the population, the tissue paper market will maintain long-term growth. In countries with higher GDP, the consumption of household paper is correspondingly higher. Due to the large difference in GDP between countries, there is also a significant difference in the consumption of household paper. In countries with low per capita income, a large proportion of consumers' income is below average, which makes it difficult for large-scale promotion of life paper products, and the industry is still in the early stage of development. The western countries' tissue paper market has reached a mature stage, and demand growth is mainly driven by population growth.

The tissue paper industry in Asia, represented by China, is growing at a rapid rate, accounting for 40% of the global market. In the past 10 years, the average annual growth rate of China's tissue paper market is about 8%-9%. China has become the second largest market after the United States, and Western Europe ranks third. From 2008 to 2014, China's household paper industry became a hot spot for investment, and its production capacity doubled. However, excessive investment also led to overcapacity and the operating rate continued to decline. It is estimated that from 2015 to 2030, the growth rate of the Chinese market will slowly decline to 5%, the average annual growth rate of the European market will be stable at 2%-3%, that of Western Europe will be less than 2%, and that of Eastern Europe will reach 4%-5%. From the perspective of product trends, household paper products are gradually shifting towards high-quality and high value-added. Consumer demand for diversified products is driving innovation in household paper products, and the quality level is significantly improved. At the same time, the implementation of environmental protection policies in various countries has promoted the use of raw materials such as recycled fiber in household paper products, and the trend of green environmental protection is obvious.